RDV operates in partnership with regional businesses and communities, and all tiers of government to deliver the Government’s regional development agenda and instigate positive change for regional and rural Victorians.

Our work includes enabling businesses to invest to consolidate and grow jobs, strengthen regional economies and enrich the social fabric of Victoria’s regional cities and towns.

RDV provides this support through a series of funding mechanisms, most notably the Government’s Regional Jobs and Infrastructure Fund that is designed to deliver important place-based planning and infrastructure investment around the state.

RDV helps facilitate such targeted outcomes via nine Regional Partnerships that are made up of local representatives from industry, government and the community. Our role with each partnership involves building consensus around regional priorities, assembling cases for action and investment, and supporting engagement to ensure local priorities are shared directly with government.

RDV is also instrumental in helping regional Victorians manage life-changing events, from industry transition to natural disasters such as bushfires and floods.

Regional Victoria is vital to the state

Regional Victoria is a driving force behind the state’s ongoing economic prosperity.

Our regions are home to one in four Victorians, and account for 700,000 jobs and almost 40 per cent of the state’s small businesses.

Together they generate a $72 billion regional economy that contributes almost 20 per cent of the state’s overall economy and is responsible for a third of Victoria’s total exports.

Tourism contributes $11.5 billion to the regional economy. More than 80 per cent of Australia’s dairy exports, 48 per cent of horticultural exports and 39 per cent of prepared food exports come from Victoria.

RDV’s place in the Victorian Government

Created in 2003, RDV is a statutory agency within the Department of Jobs, Precincts and Regions. In accordance with the Regional Development Victoria Act 2002, RDV works closely with various Victorian Government agencies to facilitate economic, infrastructure and community development throughout regional Victoria. By agreement with the Commonwealth, RDV supports Regional Development Australia committees and their activities within Victoria.

RDV offices are based throughout regional Victoria. You can access RDV staff and services at Victorian Government Business Centres across the state. For a full list of locations and contact details, visit the Contacts and Assistance page. 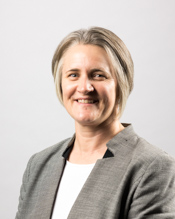 Based in Ballarat where she lives, Beth is the first female CEO of Regional Development Victoria (RDV). Beth brings a wealth of leadership experience to the role, most recently as Executive Director Biosecurity and Agriculture Services at Agriculture Victoria where she led the delivery of key initiatives to grow and protect Victoria’s agricultural sector. With 21 years’ experience in the public sector, Beth has expertise in program delivery, regulatory reform, industry and community engagement, policy development and emergency management. In addition to her role as CEO, Beth is Deputy Secretary for the Rural and Regional Victoria (RRV) group within the Department of Jobs, Precincts and Regions (DJPR).  Beth was recognised in the Top 50 Public Sector Women in 2018 and holds an Honours degree in Applied Science and a Masters of Business Administration. She is a graduate of the Australian Rural Leadership Program and the Australian Institute of Company Directors.