Our Partnership comprises business and community members from across Barwon who care passionately about the future of our region. 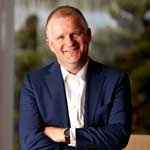 Professor Iain Martin is Vice-Chancellor and President of Deakin University in Australia.

Professor Martin held government appointments in New Zealand and worked extensively with the Australian Medical Council in the assessment and accreditation of medical schools and specialist Colleges. His research portfolio focused on gastrointestinal cancer, mainly stomach and esophageal tumours, and laparoscopic surgery.

He grew up in the UK and completed his medical degree, a doctorate and a Master of Education at the University of Leeds. Professor Martin has a passionate belief in the importance of universities and the transformational power of higher education for individuals and communities. He has led major projects in Auckland, Sydney and the UK to enhance and grow university education, research and innovation performance.

Tracey is a highly regarded leader who listens to and partners with customers, the community and key stakeholders to identify and act on new opportunities and challenges.  Tracey has the distinctive ability to innovate in traditional sectors, delivering exceptional outcomes and services that build trust and confidence.  Tracey is committed to good governance and high performance, appreciating the unique talents and perspectives that diverse people bring.  Tracey shows the courage to lean in to help make our Region and our world a better place.

Prior to joining Barwon Water, Tracey held a number of senior roles within the health, community and public sectors including Chief Executive Officer at the City of Port Phillip, Head of Claims at the Transport Accident Commission, Chief Executive Officer at Colac Otway Shire and Director of Primary and Community Health with the State Department of Health and Human Services.

Tracey holds postgraduate qualifications in business leadership and a Master of Commerce. She is a Fellow of the Institute of Public Administration, and a graduate of the Australian Institute of Company Directors. Tracey is also a certified Level 2 IECL coach. Bill Mithen is Chief Executive Officer of the Give Where You Live Foundation, an independent philanthropic foundation working to challenge inequality. Prior to taking up this role he was Australian Operations Director at the international development agency, Save the Children Australia and has previously held senior executive and equity director roles in the energy, beverage and marketing services sectors. Bill is Chair of Gforce Employment Services, a graduate of the Australian Institute of Company Directors and holds a Masters of Business Administration.

A well-known and respected healthcare leader in Victoria, Frances has held senior leadership roles for more than 20 years. Trained as a nurse and midwife, Frances has worked in a clinical setting in metropolitan and regional hospitals across New Zealand and Australia.

Before joining Barwon Health as the CEO in April 2019, Frances was the CEO of the Country Fire Authority (CFA) and the Deputy Secretary of the Health Service Performance and Programs at the Victorian Department of Health and Human Services. Frances chairs the Barwon South West Region Health Service CEO Council and is a Director on the Deakin Institute for Health Transformation Board and the Deakin IMPACT Institute Advisory Board. In 2020, Frances was appointed Adjunct Professor in the Faculty of Health at Deakin University. 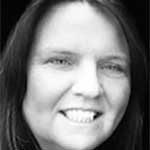 Melinda is a Co-Director Murri:yul consultancy and a former Land Sea and Waters Manager at Wathaurung Aboriginal Corporation and a Department Environmental Land Water Manager of Aboriginal engagement.

Melinda is undertaking a Master of Architecture at Deakin University seeking to understand how Indigenous knowledge systems can be incorporated into accredited tertiary courses in architecture, landscape architecture and urban planning.

A member of the Barwon Ministerial Advisory Council she facilitated a community-led engagement in the management and protection of the Barwon catchment. She worked in partnership with the Wadawurrung Traditional Owners and local communities to understand the threats to the river and how to enhance and protect the river system. She also worked on the Waterways of the West Ministerial Advisory Council developing an action plan to ensure that Melbourne’s western waterways are healthy.

Nat Anson leads the planning and property services firm Urbis Geelong practice. He has extensive regional and community engagement experience relating to land use and development proposals throughout Victoria and previously held senior leadership roles in local and state government at the City of Greater Geelong and the Victorian Planning Authority.

Nat takes an active role in regional thought leadership including the G21 Regional Alliance, Committee for Geelong and the Urban Development Institute of Australia (Geelong Chapter) and has facilitated professional partnerships with Wadawurrung, Active Geelong and the Give Where You Live Foundation. He is passionate about smart planning, sustainable development and pursuing economic development opportunities that create community and environmental benefit for the region.

Nat holds a Bachelor of Science and Master of Urban Planning from the University of Melbourne. Raised in Warrnambool, Nat lives in Geelong with his growing family. A passionate South West Victorian, he looks forward to raising his two very young children in the Barwon region over the next twenty years.

Lisa Kingman is one of Australia’s most respected independent community advisors to corporates, foundations and for-purpose organisations. In 2021 Lisa was recognised with an Order of the Medal of Australia (OAM) for her 30 plus years work engaging businesses and charities. Lisa’s social change initiatives are felt across all corners of Australia in the education, Indigenous, arts and social enterprise sectors. Lisa is a founding member of volunteer charity EdConnect, affordable housing charity Housing All Australians, and is Director, Tanarra Philanthropic Advisors.  A proud Geelong resident, Lisa aims to use her expertise to advance the region, especially to help shift the dial on some of the biggest social challenges facing the Barwon Region.

Jennifer Cromarty was appointed Committee for Geelong CEO in January 2019. For more than 20 years, she has worked across Federal, State and local government, with commercial and not for profit organisations – supporting them to engage with their stakeholders, members and community for economic and community development outcomes.

She has significant experience in running small businesses, is a Board Director of community hospice Anam Cara House Geelong and founded local not for profit Creative Geelong Inc. These skills and experiences are supported by extensive knowledge of regional development, planning and a spirit of collaboration to ensure Geelong is a cohesive, resilient community that gives hope and inspiration for future generations.

For more than 15 years, Jennifer has worked with Aboriginal communities across the country and is committed to ensuring the voice of Indigenous Australians and Traditional Owners is honoured, respected and recognised. She currently represents the interests and views of the Committee for Geelong on multiple G21 Geelong Region Alliance Pillars, the City of Greater Geelong’s Vision Partners Forum and the Geelong City Deal Implementation Advisory Committee and several special interest groups. She has contributed to various advisory and committee groups and was on many regional Boards. Corrina has undertaken board governance training and brings Aboriginal culture elements, perspective and values relating to water. Peter has over a quarter-century of experience in local government, primarily in economic and strategic development.

Peter was recently appointed Deputy Chair of Great Ocean Road Coast and Parks Authority (GORCAPA) and is currently the Business Manager for Avalon Airport, where he’s responsible for harnessing local and international business development. Through his connections from around the globe at Avalon Airport,  he’s well placed to advise on ways to increase the tourism output of the South-West region.

Peter holds a Masters in Business Management from RMIT and has extensive lived experience, having studied city development in the United States, England, Scotland, New Zealand and China. Robyn was previously Deputy Secretary, Network Planning, with Victoria’s Department of Transport, leading a team of more than 400 people. Her role included a strong focus on determining future transport needs and delivery of Victorian Government strategies, including the Road Safety Strategy which aims to halve Victorian road deaths and progressively reduce serious injuries by 2030.

She was previously Chief Executive and Deputy Chief Executive of VicRoads after having started her career in the sector as a counsellor, working for eight years with individuals and families impacted by road trauma.

Robyn has a strong wish to return to working more closely with the community, a key motivation in seeking the Surf Coast Shire Council role. Martin Cutter is a highly-skilled business leader and operational, finance and corporate services executive, with more than 14 years experience in local government and more than 22 years’ experience in private business.

His previous appointment at the City of Melbourne included Acting Chief Executive Officer, Director of City Business and Director of Corporate Services. 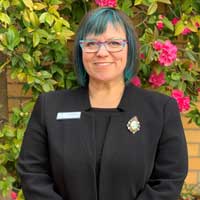 Anne Howard has 20 years of experience in Local Government with qualifications that include a Master of Business Administration, Master of Infrastructure Engineering and a Bachelor of Engineering. Prior to joining Colac Otway Shire Council, Anne served as Acting CEO of Surf Coast Shire Council and was also a member of their executive team covering a diverse portfolio that included finance, governance and risk, information management, civil infrastructure and waste, strategic asset management and digital transformation.

Anne has been a member of the executive at Campaspe Shire Council responsible for economic development and tourism, corporate planning, community development, strategic land use planning, infrastructure services, asset management and the program management office. 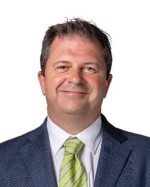 Martin Gill had a family connection in Port Lonsdale since the 1920s, with family still in the area. His move as the new CEO of Borough of Queenscliffe is also to be closer to family and the region. Martin has extensive experience in local government in both Victoria and Tasmania. He was previously with the Meander Valley Council in Tasmania for seven years with three of those as General Manager. Prior to that with the Bass Coast Shire Council.

Martin has a formal qualification in Architecture and Fine Arts.