Our Partnership comprises business and community members from across Loddon Campaspe who care passionately about the future of our region. David is the Head of Campus at Bendigo TAFE, having previously been Deakin University’s Manager of Regional Partnerships since 2016 and prior to this the Chief Executive Officer of Strategem Financial Group. David is a Non-Executive Director at CVGT Australia. As Chair of the Loddon Campaspe Regional Partnership since 2018, David has led the Partnership’s engagement with community on defining the region’s priorities as well as its successful advocacy for Healthy Heart of Victoria, the Keeping in Touch project empowering young people to drive the promotion of youth mental health in the region, as well as the Regional Engineering and Advanced Manufacturing Skills Road Map and a range of other priorities. David has over 20 years of experience in education and industry and holds a Master of Business Administration and is a Fellow of the Australian Institute of Company Directors. 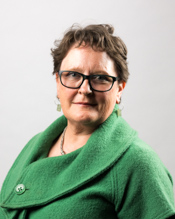 Rhonda is an experienced broker of high-level complex partnerships for social change. She has been a small business owner since 2006, was co-founder of CoHoots Coworking in Castlemaine (2014-2020) and has served as a community enterprise curator in Mount Alexander Shire. Rhonda is a respected leader and advisor on Gender Equity, Women’s Leadership and Governance and has served as a Director on numerous voluntary boards, including Castlemaine District Community Health (CHIRP) and WaterAid Australia. She participated in the inaugural Victorian Women’s Board Leadership Program (2018) and is a graduate of the Compass Women in Leadership Program (2019). Rhonda is an Accredited Partnership Broker and holds a Bachelor of Science and a Graduate Diploma in Leisure. 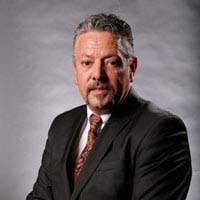 Group Chief Executive Officer of the Dja Dja Wurrung Clans Aboriginal Corporation since 2015 and of Dja Dja Wurrung Enterprises Pty Ltd since 2014, member of the Victorian Aboriginal Heritage Council since 2007 and current Chairperson. Rodney is a descendant of Dja Dja Wurrung and Yorta Yorta people. He played a key role in negotiating the Dja Dja Wurrung people's Recognition and Settlement Agreement 2013 with the State of Victoria. He is a local traditional owner with deep cultural connections to much of our region and is enthusiastic about expanding our region’s tourism offering to support skills and opportunities for our communities to participate. Mark calls Sedgwick home and was raised in regional Victoria outside Shepparton. Mark was a senior trade diplomat in Egypt and Saudi Arabia (2013-2018) and India, Bangladesh and Pakistan (2018-2020). He has also worked in senior-level management and marketing roles at Regional Development Victoria and Telstra. Mark holds a Bachelor of Commerce, a Bachelor of Arts, a Master of International Relations, and a doctorate in law. Mark's thesis was focused on the legal rights of minorities in Pakistan and he has also published a book on this subject. Mark currently works on a consultancy basis with an international not-for-profit agency in leadership development, and serves as an independent director at both Bendigo Community Health Services and the Anglican Diocese of Bendigo. Jessica is a leader in product development for True Foods Pty Ltd, with particular passions around regional access to education, equity and diversity in leadership, and the growth and integration of STEM skills across our community. A director on the boards of Highview College and Committee for Maryborough, Jess brings her professional experience and qualifications in the Food & Fibre sector, alongside a passion for innovation in regional manufacturing and education systems, to the Loddon Campaspe Regional Partnership. 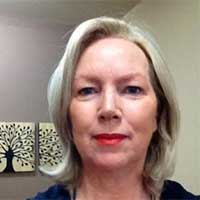 Tricia Currie is Chief Executive Officer of Women’s’ Health Loddon Mallee and is an experienced Chief Executive Officer and Manager in the health sector. She developed and delivered the first regional sexual and reproductive health strategy for the Loddon Mallee, Chairs the Loddon Mallee Regional strategy for the Prevention of Violence against Women and has experience in design and implementation of place-based models of program and service delivery. She has served as Deputy Chair of both Gender Equity Victoria, and the North Central Local Learning and Employment Network, as well as Deputy Chair of Gowrie Victoria and currently chairs the Women’s’ Health Services Council of Victoria. Melanie is a leadership coach and mentor for engineers and other professionals, having spent 20 years in the resources sector in remote and regional Australia at operational and executive level. Melanie has board and committee experience in government agencies and agribusiness. Melanie helps operate a farm in central and northern Victoria that produces fat lambs, wool, and lucerne hay. 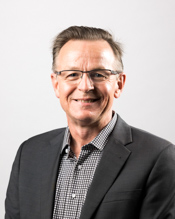 Robert Musgrove is the General Manager, Corporate and Public Affairs, Bendigo and Adelaide Bank. He has 35 years’ experience in the banking sector, at both customer service and head office levels. He played a pivotal role in developing and expanding the Community Bank® model, which is now achieving considerable success both for the banking sector and hundreds of communities. He is a director of the Bendigo Art Gallery.

Linda Beilharz OAM is the current chair of the Loddon Mallee Regional Development Australia Committee. Linda has extensive regional experience in community development and health promotion through previous employment at St Luke’s and Women’s Health Loddon Mallee. Linda chairs several other groups and has interests in the outdoors and aviation. Mr Moore is a highly qualified professional with an extensive background in local government, community services, aged care and disability services. He has held a number of positions in senior management roles across the education, health, management consulting and local government sectors.

Mr Moore previously worked as a regional director in the health sector in Ireland. Prior to this, he held a number of senior roles with the City of West Torrens in South Australia for almost 13 years. 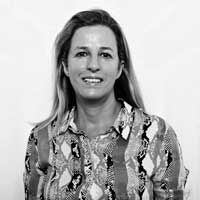 Lucy Roffey is an executive leader, with a mix of financial and corporate skills combined with public, private and community expertise, and demonstrated success in bringing strategy, leadership and transformation to organisations. She is a Fellow of the Chartered Accountants Australia and New Zealand and is a member of the Australian Institute of Company Directors.

Prior to working in Local Government, Lucy was senior executive at the Australian Centre of the Moving Image, attracting a $20 million investment from the State Government in the redevelopment of the Centre and its programming to deliver high calibre exhibitions and experiences that were and continue to be valued by both the Victorian community and international tourists. Mr O’Sullivan worked with the City of Greater Bendigo, becoming the organisation’s first Strategy and Growth Director, having previously worked as the Acting CEO of the Institute of Public Administration Australia and as Deputy Secretary at the Victorian Department of Environment, Land, Water and Planning (and its predecessors) leading the department’s state-wide regional operations. Darren was recently appointed as Chief Executive Officer of Mount Alexander Shire following five years as Director – Presentation and Assets at the City of Greater Bendigo and five years as Director – Operations at Loddon Shire Council. Darren’s qualifications include a Bachelor of Civil Engineering and prior to joining Local Government he spent 11 years in VicRoads working on large infrastructure projects and programs across regional Victoria and in Melbourne. 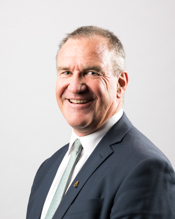 Mr Niemann joined the City of Greater Bendigo in October 2005. He has more than 25 years of experience working in the local government sector including roles at the Borough of Eaglehawk and the Shire of East Loddon.

Prior to joining the City of Greater Bendigo, Mr Niemann was Chief Executive Officer of the Loddon Shire from 1997 to 2005.

Mr Niemann has also served on the board of the North Central Regional Goldfields Library for 10 years and board member of the Inglewood and District Health Service for more than 10 years. Lincoln comes to Loddon Shire Council with a wealth of experience in Local Government, coming from the City of Greater Bendigo and having previously worked for Mount Alexander Shire Council. He has held diverse roles including project management of major projects, asset management, health promotion, strategy development, contract and facility management. Lincoln’s career has focused on building, leading and managing diverse teams and large businesses in the region and overseas.