Our Partnership comprises business and community members from across Gippsland who care passionately about the future of our region. Maree McPherson is a highly experienced professional across not for profit, government and private industry sectors. She currently runs her own coaching, mentoring and facilitation practice and has previously headed up a number of organisations both in Gippsland and state-wide. Maree has held a number of pivotal positions on professional boards and committees across professional services, education and government. Maree is passionate about the aspiration of people and organisations in regional Australia, and community leadership, especially for women.

Jane Ponting is an educational leader with extensive experience in providing educational development and corporate services in public and private sectors. She holds a Bachelor of Education and a Master of Business. She is currently Executive Officer for the Gippsland East Local Learning and Employment Network, having begun her career as a classroom teacher and later a Teacher/Librarian. She has extensive experience in Management and Executive Management across several TAFE organisations and RMIT University. In addition to a member of the Gippsland Regional Partnership, Ms Ponting is currently a member of the Committee for Gippsland.

Jane Anderson was appointed as the Latrobe Health Advocate in May 2018. This newly created position provides an independent voice for the Latrobe Valley people and aims to improve the long-term health and wellbeing of the community, delivering on a key recommendation from the re-opened Hazelwood Mine Fire Inquiry. Jane offers over 17 years’ experience at Anglicare with 12 of those years in a regional leadership position. Her background includes over a decade as a Victoria Police Officer and seven years as a practicing lawyer and advocate. Jane is passionate about the welfare of the Gippsland community and addressing issues of disadvantage. 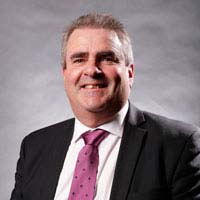 Roland Davies operates his own Energy and Resources Consultancy – Advantage Energy & Resources; he is currently working full time for Coal Energy Australia as the General Manager – Projects. Roland moved into this new role following a 35 year plus career with the Victorian Power Industry. Roland is passionate about the energy and resources sector, particularly the growth, diversification and sustainability of the sector for the Gippsland region. Roland has been actively involved in community and industry based initiatives including membership of Clean Coal Victoria and the Mine Rehabilitation Advisory Committee. 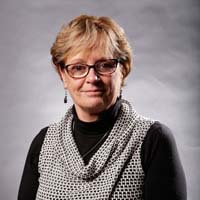 Valerie Prokopiv works for RMIT in Research into Transitional and Transformational Communities. Valerie has broad industry networks and experience working across the three tiers of Government and has a commitment to a sustainable Gippsland. Valerie is passionate about securing good, well-paid employment for Gippslanders and improving educational outcomes to give our young people the best chance to fully participate socially and economically in the region.

Terry Robinson is the Chief Executive Officer of Destination Gippsland, the Regional Tourism Board with the role to inspire, influence and lead positive tourism outcomes through partnerships across Gippsland. Terry is also Chairman of Sydney Melbourne Touring, a cross-border association that promotes self-drive touring itineraries for international visitors between Sydney, Canberra and Melbourne. He has a keen interest in supporting Gippsland communities by helping them generate the benefits that come from building a strong visitor based economy.

Richard Elkington is Chair of Regional Development Australia Gippsland and Director of Paradise Consulting. Richard has also been an Executive Councillor of the Victorian Chamber of Commerce since 1999 and has vast governance experience and knowledge of the energy sector having previously been a General Manager of Loy Yang Power Ltd. Richard is passionate about Gippsland and the continued use of its vast energy resources. 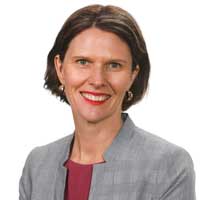 With degrees in Arts, Education and holding a Masters of Diplomacy and Trade, Ali has held executive positions within the Victorian Public Service and Local Government. She is also an accomplished Board Director across the not-for-for profit, community, tourism and health sectors. She is also an accredited executive coach, mediator and alumnus of the Australian Institute of Company Directors.

An authentic leader and outstanding communicator, Ali has achieved great outcomes for the boards, communities and organisations she has served. Ali is passionate about developing high performing teams and creating a workplace culture that is innovative, empowered, strategic, trusting and fun.

Before joining Bass Coast Shire Council,  Ali’s prior roles within the Local Government sector include Director City Communities at Melbourne City Council and Director of Social and Economic Development at Yarra Ranges Council.

Anthony joined East Gippsland Shire as CEO in November 2018. With more than 20 years’ experience in rural and regional, interface and metropolitan Council’s in Victoria and NSW, as well as time in the not for profit and education sectors in Australia and overseas, Anthony has a passion for working in local government and with people to achieve the best possible outcomes for communities.

Anthony loves bushwalking, live music and historic cars. He has a Bachelor of Education (Secondary) and a Master of Social Science (Policy and Human Services).

Kerryn Ellis is a passionate public sector leader with over twenty years’ experience, who is energised by working with communities in a context of rapid change. Kerryn’s main professional love is building high performing, ethical and agile organisations with positive, values based leadership that can work in partnership to deliver great outcomes with the community.

Kerryn’s current role is Chief Executive Officer of South Gippsland Shire Council.  Prior to this position, Kerryn held the positions of Director Corporate Services at Victoria’s Independent Broad-based Anti-corruption Commission, Director Corporate Performance with the City of Greater Bendigo, and Manager Governance and Innovation at Knox City Council.  She has also previously worked for the City of Melbourne and Bayside City Council.  Kerryn holds a Bachelor of Arts, a Master of Commerce and a Graduate Diploma of Public Policy and Management, and completed the LGPro emerging leaders program in 2005, and the Executive Leadership Program in 2016. David grew up in the Gippsland region, before joining the Westpac Bank as an Economics Graduate in 1988, based in Hobart. He spent 12 years in the Finance and Banking sector before moving to local Government where he has held roles as General Manager and CEO of various councils. David was appointed CEO of Wellington Shire Council in January 2012. As well as holding a degree in Economics, he holds post graduate qualifications in Management and is a Fellow of the Governor’s Leadership Foundation in South Australia.

Steven has over 26 years of experience working for local communities having held the majority of senior management roles in local government and having worked in the Gippsland Region for all of that time.

Steven has held a diverse range of roles including Infrastructure Director, Community and Economic Development Director and Corporate Services Director.

Prior to moving to the role of Chief Executive Officer Steven held the role of General Manager Infrastructure and Recreation at Latrobe City for four years.  During that time Steven led the development of all of Council’s major infrastructure investments in the community including the new Gippsland Regional Aquatic Centre and Latrobe Creative Precinct and the redevelopment of the Traralgon Basketball Stadium

Steven’s formal qualifications are in Engineering, he has qualifications in Business Administration and is passionate about developing the leadership capabilities of his teams.  Steven has also successfully managed a small retail business for over seven years.

Steven has a passion for local government and making a difference for local communities contributing to making Latrobe City a great place to live, work and visit. 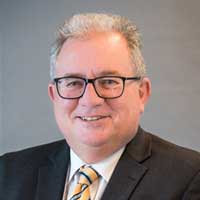 Mr Dupe joined Council in September 2017 as the Director Corporate and Community Services and has held the Interim Chief Executive Officer position since mid-March 2020.

Mr Dupe is the Chair of Trade Training Alliance, Baw Baw. He holds a Bachelor of Economics, an MBA and post graduate IT qualifications. He is a graduate of the Australian Institute of Company Directors and a CPA.