Our Partnership comprises business and community members from across Goulburn who care passionately about the future of our region. 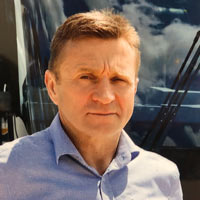 General Manager of Seymour Passenger Services which operates across multiple shires in the Goulburn Valley Region. He is a Country Group committee member of the Bus Association of Victoria (BAV) and is President of the Seymour Business and Tourism Committee “Go Seymour”. 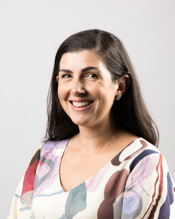 Executive Officer of the Fairley Foundation, Co-Founder of Lady Boss Events and Principal Director of Big Rocks Consulting. Amanda is a former Board Director of Goulburn River Valley Tourism. She holds a Bachelor of Arts (Media/Communications) and a Master of Marketing. 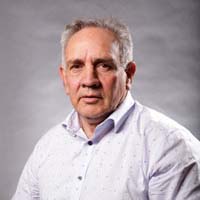 Paul Briggs OAM is a Yorta Yorta man with a wealth of experience in community development. He is founding Chair of the Kaiela Institute and First Nations Foundation, as well as convener of the Algabonyah Community Cabinet. Paul has led numerous community organisations and played a key role in the establishment of many critical institutions. Paul was the first Indigenous man to join the Council of the University of Melbourne and was appointed as inaugural Chair of the Australian Football League's national Indigenous Advisory Board in 2015. Paul has been at the forefront of Aboriginal peoples’ rights and advancement since the early 1970s. Jamie Lea is a young leader who is active in community arts and events in and around the Goulburn Valley. She holds a Diploma of Event Management and an Advanced Diploma of Music Industry (Business). While raising a young family in Shepparton with her husband Allan, Jamie continues to work with young people and the wider community to promote positive change and a safe, accepting and supportive community for all. 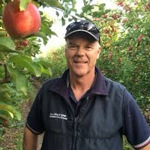 Owner Manager of M J Hall & Sons P/L, a fruit production enterprise, CEO at Integrity Fruit P/L, director of Woodlands Horticulture an orchard management business, Chair of Prison Fellowship Australia and a teacher at Shepparton Christian College. He has a Bachelor of Applied Science, Applied Physics and a Graduate Diploma of Education, and Graduate Diploma of Divinity. 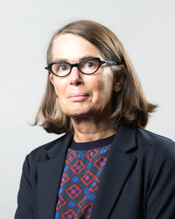 Head of Campus, La Trobe University Shepparton since 2018. Elizabeth is a Council Member for the Greater Shepparton Secondary College and Board Member of the Greater Shepparton Lighthouse Project and Furphy Literary Award Advisory Board. She holds a Bachelor of Arts/Bachelor of Commerce, a Graduate Diploma in Organisational Behaviour, and is a graduate of the Australian Institute of Company Directors. Current (Non-Executive) Director with Ambulance Victoria, small business partner for over 30 years, active community advocate including being CFA volunteer working in various regarding diversity and inclusion and person-centred emergency preparedness.

Colleen`s personal and professional experience includes connection with the State and Local Government, these roles include her terms as the former Disability Commissioner, with Commercial Passenger Vehicles Victoria, also as a former councillor and Mayor in the Goulburn Region. Colleen continues to work collaboratively with government departments for the communities in which Colleen lives.

Colleen has a strong interest in equity in access to health, transport, education and employment and any necessary associated supports, with a focus on rural and regional Victorians. Colleen believes we are as individual as our own finger-print as are the amazing opportunities for all of us across the Goulburn Region. #WeAreOneCommunity. Executive Officer at Nagambie Lakes Tourism and Commerce since 2015, is a skilled writer and has had a successful career in the business and tourism industry. A diverse background, including woolclassing, a nurse, hospitality and education. Sissy is a director of the Heathcote Nagambie Community Bank, a Fairley Fellow and believes that engaged and empowered communities and stunning environments complete the tapestry of the Goulburn Valley. Currently a Residential and Rural real estate agent. Brendan has experience in the agricultural sector and working internationally in import export. He resides on and operates a 48.5 ha farm at Cobram East running cattle and growing feed. Elaine Mallows is the CEO of Yarrawonga Health. Elaine has 35 years’ experience in health care. Her career started as a Registered Nurse, she later trained as a midwife. Elaine first moved into health care management in 1998. Elaine holds a Masters in Public Health, and she is a graduate of the Australian Institute of Company Directors.

Elaine is passionate about rural health care, in particular the delivery of high quality appropriate health care to rural people close to home. Elaine promotes the development of a flexible health workforce with the skills and passion for rural health care. Elise Armitage has been the Economic Development Officer for Falls Creek Resort Management since 2016 and is also a director of Small Creative, a cultural development consultancy.

She has also held roles with the City of Wodonga, Murray Arts and the Southern Grampians and Glenelg Primary Care Partnership.

She is passionate about culture, community and the outdoors and enjoys contributing to the community creatively. 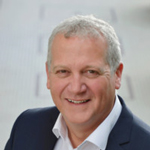 A strong leader with experience across economic development, planning and environment and revitalisation Mr Luxford will join Mitchell Shire Council from his current role as Director Economy Investment and Attraction at Greater Geelong Council.

He has been successful in executive leadership roles across a range of Councils with strong experience working in growth areas, peri-urban and rural areas. He also has a strong knowledge of our region having held senior roles with Hume City Council, Macedon Ranges Shire Council and Swan Hill Rural City Council. Prior to joining Murrindindi Shire Council in June 2021, Livia was General Manager at Western Water since 2015 leading the Planning, Strategy and Innovation functions. Previously she ran her own management consulting practice for nine years, and was Director City Infrastructure at Moreland City Council from 2003 to 2006. Livia holds a Masters of Business Administration, and Bachelor Degrees in Architecture (Honours), Planning and Design, and Arts. She also completed the Australian Institute of Company Directors course in 2021. Julie commenced with Strathbogie Shire in January 2020, having over 26 years’ service in both local and state government. This experience includes leadership and management of a diverse range of community services, public policy, strategic planning, community and stakeholder engagement, community development, facility development and sound governance. Previously, Julie spent over seven years as Director Community Development and Services at City of Monash. Before that, she was Director Communities at Greater Shepparton City Council for over two years, including a six-month period as Acting Chief Executive Officer. Julie holds qualifications in Management, Business and Leadership, Graduate Certificate Applied Business, Business Administration and Management, Graduate Diploma in Special Education and Teaching, and Diploma of Teaching, Education and Training. She also became a graduate of the Australian Institute of Company Directors in 2019. Prior to taking her role at Moira Shire Council, Clare was CEO of Burke Shire Council where her major accomplishment was to divest Council housing to start a process that will see Burke Shire having the highest per capital Aboriginal home ownership in Australia. Clare started her local government career in New Zealand as Advisor to the CEO of a regional city, where she completed a Masters in Public Policy, and was seconded to assist with the drafting and implementation of New Zealand’s Local Government Act 2002. She later led the New Zealand Skills Strategy and was speechwriter to the Prime Minister. Private sector roles included the establishment of an Arab news service across 16 locations across the Middle East, Europe and Washing DC and a 2 year stint as a stockbroker. In her earlier years, she received the Building a Better South Africa award for improvement of services to victims of violence and torture. Clare does keynote speaking on resilience and the importance of institutional responses to validate individual experience. Peter Harriott is Chief Executive Officer of Greater Shepparton City Council and commenced in this position at the beginning of 2016. Previously he was CEO of Wattle Range Council SA from 2013-2016 and prior to that a Director at Greater Shepparton for twelve years. Peter has worked mostly throughout Victoria in Local Government over the past 30 years. Peter’s qualifications include a Bachelor of Civil Engineering, Masters of Business Administration, Building Surveyor Certificate, Engineer for Water Supply Certificate and a Municipal Engineers Certificate.