Our Partnership comprises business and community members from across the Great South Coast who care passionately about the future of our region. A Partner of Kangertong Farming Pty Ltd, Lisa is responsible for the operation of a dairy/beef enterprise with a focus on business management, growth development and animal wellbeing. She is an experienced non-executive director serving with Murray Goulburn Cooperative Co (from October 2016) including as a former member of the Finance, Risk and Audit Committee, Chairman of the Human Resources Committee and member of the Supplier Relations Committee. Lisa was also a non-executive director of Dairy Australia and the Australian Livestock Export Corporation Limited and Chairman of the Finance, Audit and Remuneration Committee. She holds an Advanced Diploma of Agriculture, Graduate Certificate of Australian Rural Leadership and Graduate Certificate in Agribusiness. Stephen has a breadth of experience in the transport and emergency services sector having been the president of Bus Association Victoria, a helicopter pilot in the Australian Army and a chair of Westvic Helicopter Rescue Services Inc. Stephen has owned and operated bus businesses throughout Australia and is the Managing Director of Warrnambool Bus Lines. 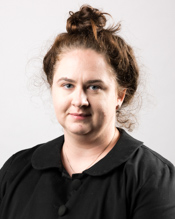 A mentor with the Deakin Access and Equity Program, Cassandra is passionate about championing youth voices, advocating for diversity and strengthening local communities. Cassandra holds a Bachelor of Arts majoring in Anthropology and Gender Studies and is currently undertaking a Bachelor of Environmental Science (Marine Biology) and a certificate IV in Mental Health. 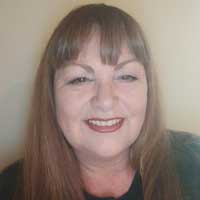 Jacinta has qualifications in Social Work, Social Policy, governance and quality assurance and brings experience in sexual assault advocacy, primary health reform and public sector governance to the Partnership. She is currently the Board Chair at Wannon Water and a Board Member at South West TAFE. She has previously served as Councillor for Warrnambool City Council, including two years as Mayor. 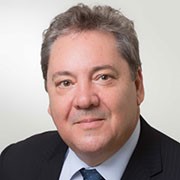 Bruce has extensive committee experience, having chaired the Regional Development Barwon South West Committee since its inception in 2009. His time in local government spans over 42 years, including serving as CEO of Warrnambool City Council (2008 – 2019).

With a keen understanding of the issues driving coastal cities as well as the challenges facing rural economies, Bruce is looking forward to helping implement the Geelong and Barwon Economic Futures plans. These focus on energy, agriculture, aquaculture, advanced manufacturing and materials and tourism, with growing population and skills an essential element to delivering the outcomes.

During his career, key wins include working with Commonwealth government and industry to establish the Designated Area Migration Agreement (DAMA) for the Great South Coast region and establishing the need to upgrade the Twelve Apostles Marine National Park, resulting in $108 million for the enhancements as part of the Geelong City Deal. Anita Ranks brings a wealth of experience in business, industry and health services to the RDA table.

In 2012, she was elected to Glenelg Shire Council, where she has held the title of Mayor for four consecutive years.

Not only does she represent the RDA on the Great South Coast Regional Partnership, she also holds Directorships with Portland District Health, Active Health Portland, The Committee for Portland and Great Ocean Road Regional Marketing.

In addition, she chairs the Community Advisory Committee for Portland District Health, Headspace Portland, the Great South Coast Suicide Prevention Taskforce and the Rail Freight Alliance and has been been Executive Officer at Portland YMCA for the past decade.

Anita has lived and worked for 20 years in the Great South Coast Region, as well as spending 10 years in Ballarat and 20 years in Bendigo. She is well versed in how to make rural and regional Victoria an attractive place to do business, and understands the importance of promoting manufacturing, digital connectivity, mental health strategies plus food and fibre in regional communities. As well as being the inaugural General Manager of Great Ocean Road Regional Tourism Board, Liz is Chair and Director of Great Southern Touring Route and a Member of the Victorian Tourism Industry Council Destination Policy Committee.

A natural leader, her previous titles include General Manager Australia at Club Tourism Publishing, CEO of Destination Melbourne and a Board Member of Western Melbourne Tourism.

Liz began work with the Great Ocean Road Regional Tourism Board in 2014 and moved to the region in 2015. Although based in Torquay, her role enables her to traverse the region in its entirety.

Her strength lies in deep tourism and business events experience, having worked in that realm for three decades. Career highlights include establishing Destination Melbourne as the regional tourism association for Melbourne in 2001 and managing the merger of AAA Tourism and AA Travel in New Zealand.

Armed with a Masters of Marketing and Masters of Business Administration, and with extensive networks across the region and through the state and national tourism sector, Liz is keen to support the development of a more sustainable region across key industry sectors. Prior to starting at Warrnambool Mr Schneider was the Chief Executive Officer of the Perth-based Eastern Metropolitan Regional Council which provided waste management, resource recovery, environmental management and regional development services for its six member councils. Prior to joining Moyne Shire Council as Director, Economic Development and Planning in early 2020, Brett was Executive Director Regional Victoria with the Victorian Planning Authority, working with 27 rural and regional Councils on the delivery of the VPA’s Streamlining for Growth program.

Brett has been a Senior and Sessional Member at Planning Panels Victoria, and has served on the Building Appeals Board. He has held a number of senior planning and leadership roles in the public and private sectors including SED Advisory, Davis Planning Solutions and UGL Limited as well as extensive experience in local government and industry as a planner and project manager.

Brett is a Graduate of the Australian Institute of Company Directors, past State President of the Planning Institute of Australia (Fellow) and has worked throughout Australia on numerous large-scale projects and led multi-disciplinary teams for public and private organisations. He is a Fellow of the Leadership Ballarat and Western Region program. 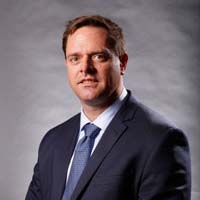 Andrew Mason is Chief Executive Officer of Corangamite Shire Council. Prior to his appointment in September 2010, Andrew was Corangamite Shire’s Director Sustainable Development for two years. Andrew has extensive experience as a planning consultant and has held senior management positions in both the State and local government sectors. Andrew works actively with private and government stakeholders as a member of many external committees. Andrew holds a BA (Planning) and MBA. Greg Burgoyne brings strong financial management expertise to the Glenelg Shire Council in his role as Chief Executive Officer. Greg’s extensive work history includes appointments to Boards and Audit Committees, balanced with well-honed commercial skills. He has held directorships with a number of Shell Companies, the Australian Tax Office and the NSW Police Force. Greg holds three Masters degrees, in accounting, in business (corporate law) and in professional ethics, as well as a Graduate Diploma in taxation. He is also a Fellow of the Australian Society of Certified Practising Accountants. 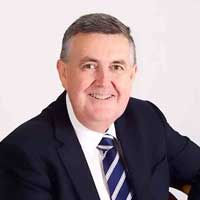 Tony Doyle is Chief Executive Officer of Southern Grampians Shire Council. Prior to this appointment in December 2021, Tony was CEO at Knox City Council in Melbourne’s outer east, which followed his appointment as CEO at Hindmarsh Shire Council in Victoria’s north west. Before joining local government, Tony had an extensive career in Banking and Finance, working in Australia and overseas. Tony is passionate about community engagement and empowerment. Tony holds a Bachelor Economics (Accounting) and an MBA.